In future you can find me here:

IF I COULD TURN BACK TIME is published in paperback today aaaaarrrrrrghhhhhwhoop! 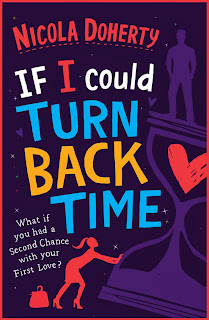 'What if you found The One, and then lost him again?

Or not so much lost him as became the neurotic, needy girlfriend from hell.
The girl who tried to make him choose between her and his job as a doctor, and got seriously paranoid about his relationship with his female best friend…

Zoe Kennedy knows she doesn’t deserve another chance with the gorgeous David Fitzgerald. But if there’s the tiniest possibility of making things right, she’ll snatch it. Even if it means breaking the laws of physics to do so…'
You can read the first chapter here.
You can buy or order it from your local bookshop or buy it online  from Waterstones here or buy the ebook here.

I'm really proud to see this book published in paperback. I feel like it was my difficult second child that wasn't as easy as the first one was but has turned out to be JUST AS SPECIAL if not more so though OF COURSE I don't play favourites. Anyway, I hope you like it.

Oh, and I nearly forgot the other thing! Brand new blog launching today - link to follow! Watch this space ...

Writing Wednesday: Opening Lines, or why I'm not Stephen King

I am not a Stephen King fan but I seem to be quoting him a lot lately; he is brilliant on the craft of writing. There was a fascinating interview with him The Atlantic in which he explains why he spends 'months and even years' getting the opening sentences of his books right. For him, it's not just about hooking the reader in (though that's crucial) but about hitting on his narrator's voice. Very interesting.

A killer opening sentence is probably a key part of thrillers. Think of Brighton Rock by Graham Greene: 'Hale knew, before he had been in Brighton three hours, that they meant to murder him'. Brilliant. But I'm not sure if it's that crucial to chick lit/romantic comedies. Here's the opening sentence from Emily Giffin's Something Borrowed:

'I was in the fifth grade the first time I thought about turning thirty.'

That's intriguing, but I don't know that it would pass the Stephen King test. Here's Marian Keyes, Last Chance Saloon:

'At the chrome and glass Camden restaurant the skinny receptionist ran her purple nail down the book and muttered, 'Casey, Casey, where've you got to?'

Similarly, that's a relatively casual opening line to a brilliant story. But what both of these opening sections (as opposed to just opening lines) do is to dramatise, very cleverly, the main character's key dilemma. In Something Borrowed, we find out that the heroine Rachel's fifth-grade birthday falls on a Wednesday, a school night, and Darcy's birthday is on a Friday. 'A small victory, but typical'. And this sets up the rivalry that will run throughout their very long friendship. In Last Chance Saloon, Katherine is the first to arrive to meet her friends despite forcing herself, 'every fibre in her body resisting', to be five minutes late. It's crystal clear; her life is too controlled (while her friends are all over the shop).

Openings are really, really hard; the opening chapters to both of my books went through about 20 revisions before I found the right scene to dramatise the heroine's central problem or dilemma.  In If I Could Turn Back Time at one point I had Zoe calling the Samaritans in tears because she was so upset over David … it was meant to be funny but it was a bit of a downer, so it got scrapped. Mostly, the openings are the last things I perfect. So I would tend to advocate NOT spending months/years crafting the exactly right opening sentence before you continue. Just bash your way through and you can come back and fix it later. This advice is just one of the many reasons why I'm not Stephen King, but, you know, different strokes.

A spring look (for writers or non writers)

I am taking inventory of my spring wardrobe. This involves taking everything out of the wardrobe, seeing what I actually have and will wear, getting rid of things I used to wear but now don't, and dealing with any missing buttons or mystery stains. Once I've done that I can see what I need and then, best part, buy new stuff!

I have two main ambitions: I want a pair of sport-luxe trousers - this trend has been around for years, surely I can get on board now - and I want to not wear black.  Oh, and I would also like a statement necklace and a couple of pairs of great, stylish flats. I am so over heels and I have it on no less an authority than Stylist magazine that 'The heel is dead'. (Mind you, they also said chick lit is dead, so here's hoping they're not always right).

So here's my more realistic version of last week's Elle mag 'writer's wardrobe'. All of these except the shoes are from Atterley Road - my favourite place to click compulsively of an evening: 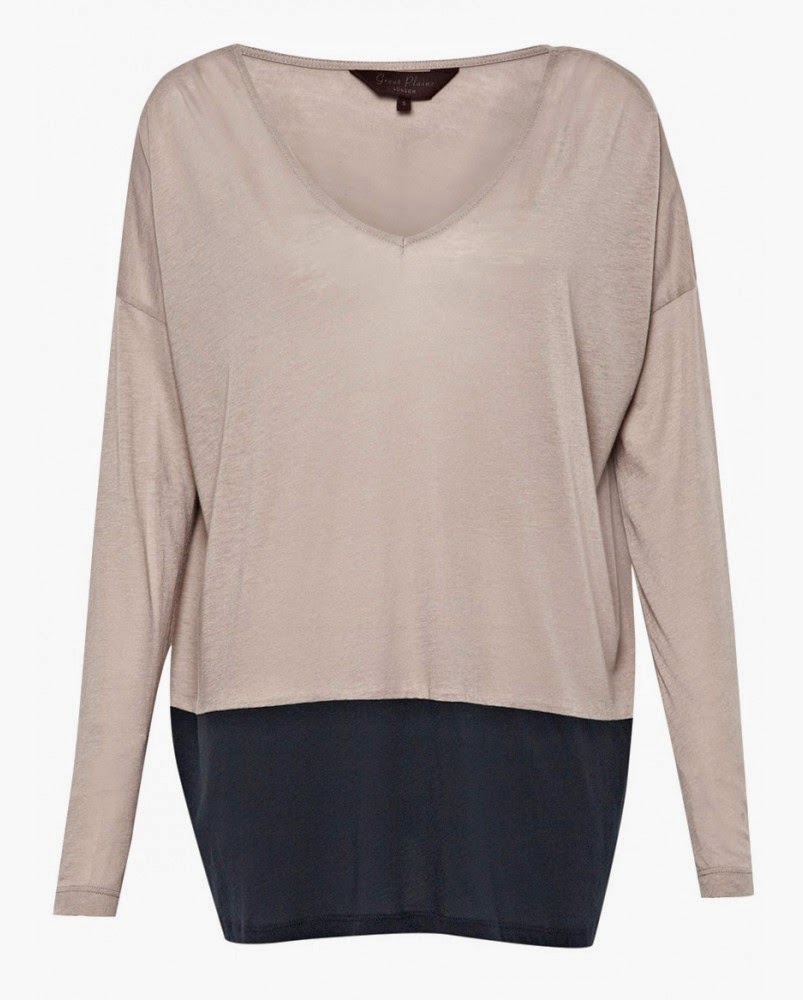 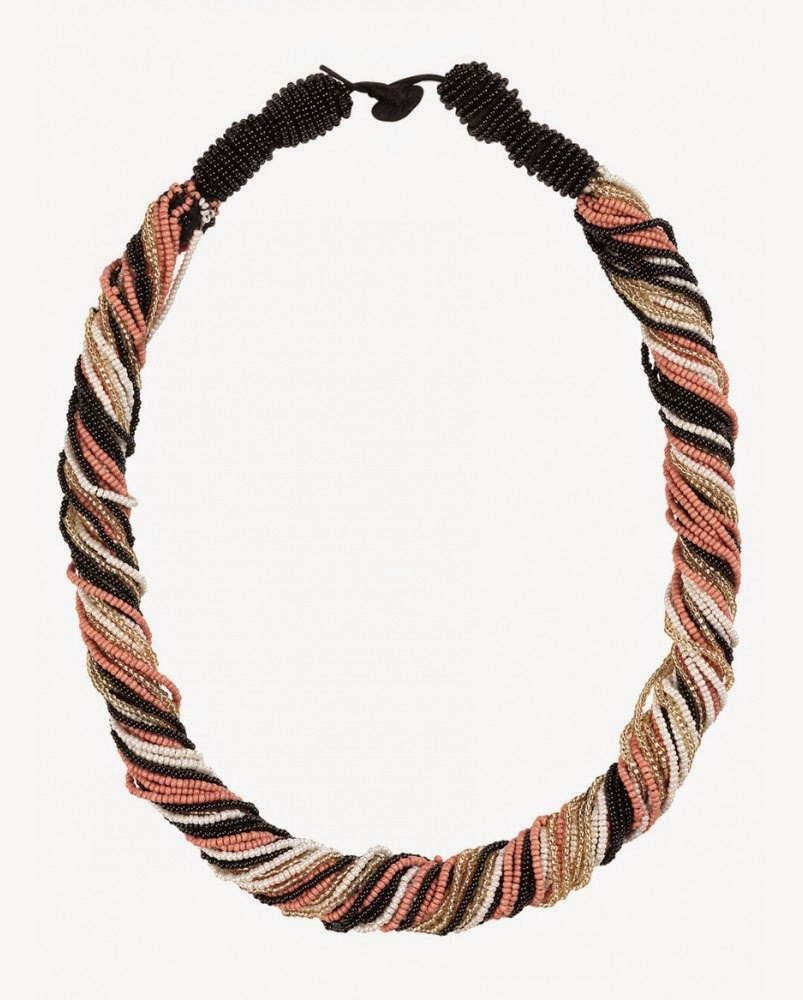 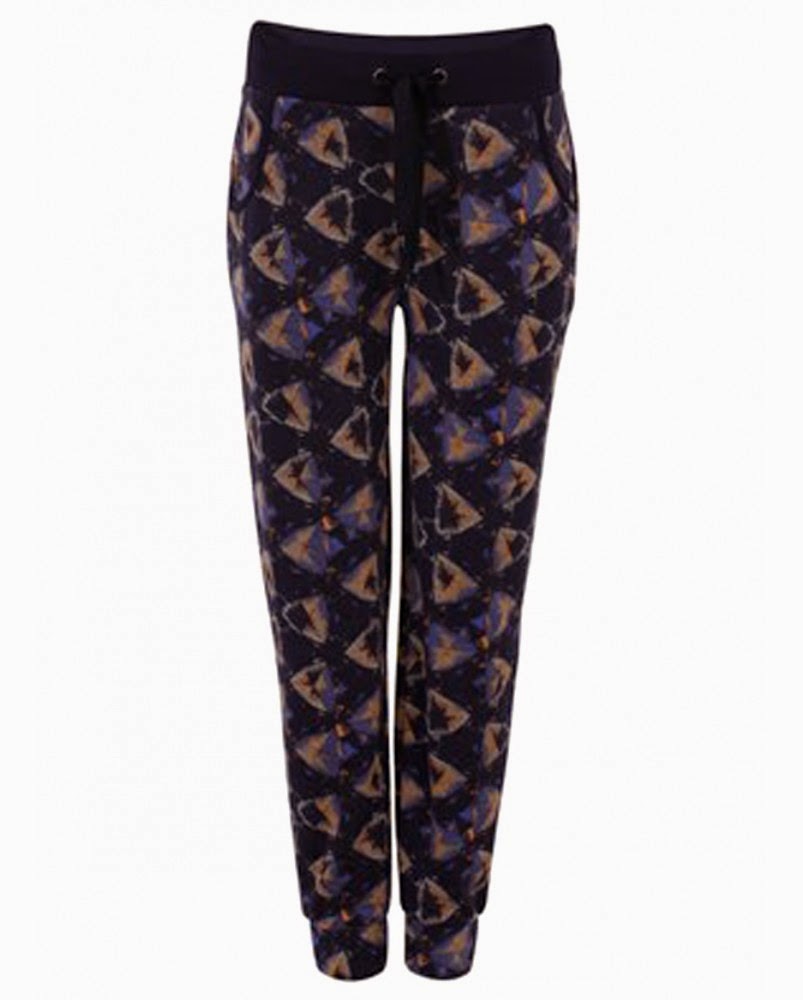 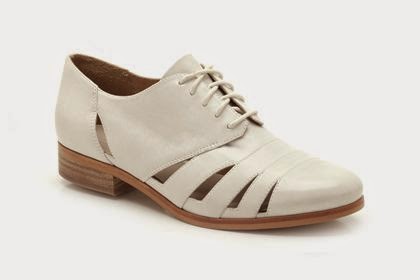 Writing Wednesday: What to Wear? 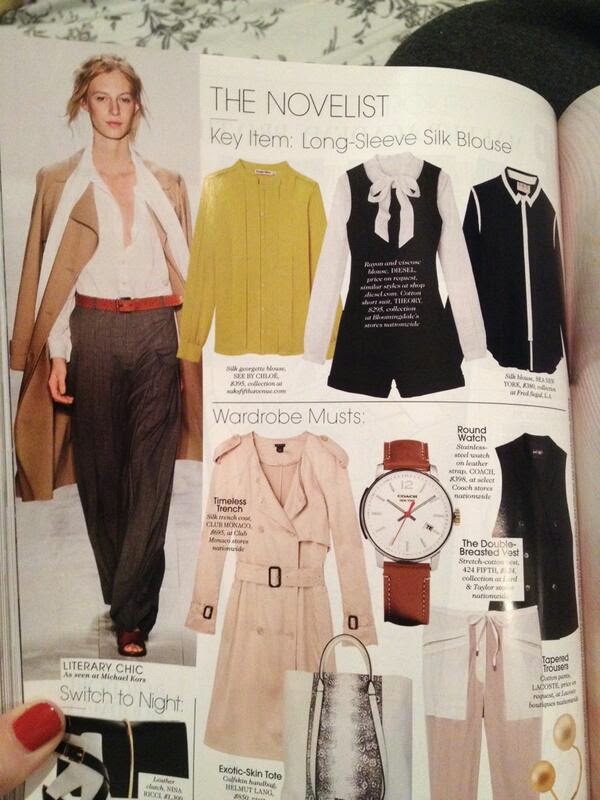 Oops, I see I've already fallen off the blog-wagon. This is because I've been so busy writing! In the past ten days I've written, and edited, 22,000 words. In case you don't have a benchmark I'll tell you; that's a lot of words. Writing, blogging, social media; it's a lot for the modern author to juggle.

And if that isn't enough, according to Elle magazine she now has to do it in designer threads. The article above has been causing a lot of hilarity among writers on Twitter - comments have included, 'So that's where I've been going wrong', 'Pass me the PJs' and 'Things that silk blouses do not go well with: ink, chocolate, tea, coffee, more chocolate, revision tears…'

Most people on Twitter seem to be be wearing PJs to write in. Now, I pride myself on always getting dressed - not in a long-sleeved silk blouse but in tracksuit bottoms and a big jumper (both from Sweaty Betty, if you're interested). Today, though, I am wearing pyjamas, because I wanted to get up and finish my story right away. And I'm getting dressed now. And showering, and everything. Take that, Elle magazine! Too true … and Stephen King knows scary, amiright? … If STEPHEN KING says there is nothing scarier than a blank page, well, we're talking pretty scary.

On Monday morning I sat down to begin a new story and I had The Fear - contemplating the howling Actic tundra known as the Blank Page. But it goes away as you populate it with little black shapes that grow and grow until finally you've built a settlement in the wilderness … or something. 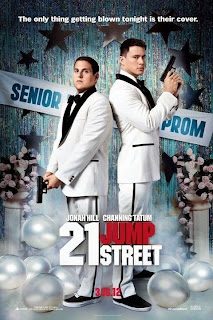 Made sizzling chicken fajitas (pic and recipe both from Smitten Kitchen, aka All My Favourite Things to Put in my Face). 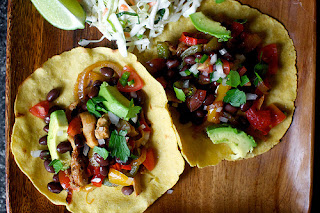 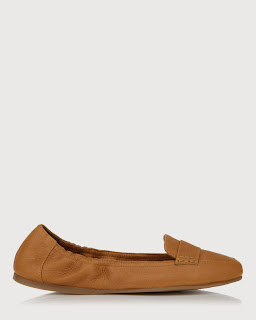 - and this denim jacket (after years in search of the perfect one) from H&M. 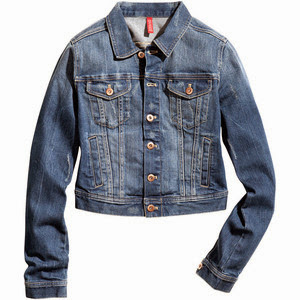 Made this cake, or rather just the crumb topping while A made the rest. Also from Smitten Kitchen. Confusingly, though it's called a 'big crumb coffee cake' it's not a coffee cake. It's a cake to have WITH coffee. Confusing but tasty. 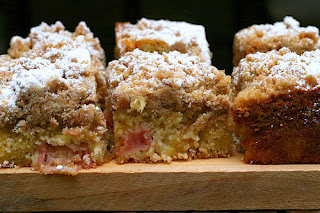 Saw David O'Doherty. He was very funny and he said 'Serendoherty'!