The half marathon that nearly wasn't 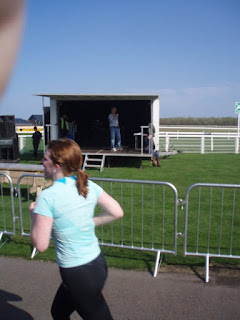 So you may remember that a while ago I signed up for the 2012 Royal Parks Half Marathon. It must be one of the nicest races in the country: a long loop around four of London’s largest and loveliest parks at a perfect time of year. It also has good associations for me since it was my first ever half marathon, back in 2009. I knew that I was going to have to juggle training with a major rewrite on my book … but I was happy to take on that challenge. It would be good for me! It would make sure that after a long day working on my book, I would have the incentive to go out and get a nice, refreshing run in!

Except it didn’t happen quite like that. First, I put off starting training in earnest for ages. And then ... the rewrite that I’ve just done has honestly been one of the hardest things I’ve done, ever. I realise I'm lucky that that's the worst life has thrown me - but it was really hard. I had so much to do, and so little time to do it, and I was also so incredibly stressed and doubtful about it … that I just could not face adding training onto that. I was still running maybe twice a week for half an hour at a time – but I was also writing most weekends and the idea of getting up from my computer, feeling totally shattered, and then going out and doing my long run, was just beyond me. Then a rib/back injury or niggle added to the fun. I felt I didn’t have enough time to train – but more importantly I just didn’t want to spare the mental energy. I needed it all for my book.

I handed in the second draft at the end of August, which I thought was still enough time – just about – to train for the race on 7 Oct. We had a two-week holiday in Turkey booked, but there was a running machine in an air-conditioned gym, and a trail where surely I could run … except on arrival we found the machine was broken, the trail was on a busy road with no footpath and the weather was in the thirties – just too hot to run. Laps of the pool, yes: running laps, no.

Anyway, I came home from holidays in serious doubt as to whether I could, or should do the race at all. I hadn’t done a half since March 2011 – and my longest run since then was probably 4 or 5 miles. What if I injured myself? It would be better not to risk it. I could always do a different race at Christmastime, or in the spring. And all those other excuses …

But then it occurred to me that that’s what they were: excuses. I made excuses to get out of training, but I don’t want to make an excuse to get out of the race – especially since I’m doing it to raise money for charity. I still have two weeks (just); I managed an hour’s run last week, and I plan to do an hour and twenty tonight. I won’t be at my fastest on race day – and I probably won’t even be able to run all the way around. But I’ll be there at the start, and at the finish, and in between I’ll just hobble/jog/limp around as best I can.

If I'd had any lingering doubts, reading this post from the always inspirational Phil ‘Skinny Latte’ Moore would have killed them off for good. That race sounds like absolute hell on earth, but she finished it. From where I’m sitting that’s all that matters. Ironically, had she breezed through, it would have been very impressive but somehow less inspiring! It reminds me of the Pixar storytelling rule that we admire characters more for their efforts than for their successes (not that that race wasn’t a success …)

Anyway, that’s a long-winded way of saying … I was having second (and third and fourth) thoughts about the race, and I still have them but I’m doing it anyway. I’ll keep you posted as to how I get on! 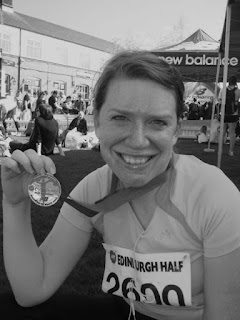